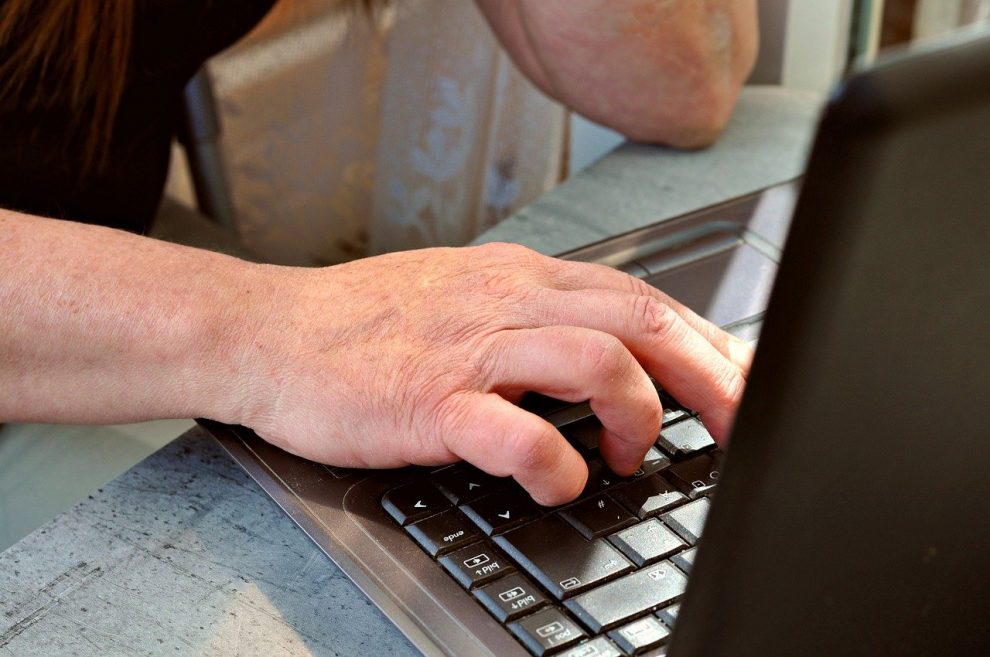 Beyoncé is used to making headlines for dropping an album or winning an award. But did you know that her management company Parkwood Entertainment also made headlines because her website violated the Americans with Disabilities Act (ADA)? Apparently, these are some issues with their website in regards to ADA compliance and accessibility. And if you’re not familiar with what that means, we would like to discuss about it because it’s something that’s affecting a lot of organizations.

If you have heard of it or are very familiar, it may be more in the public sector or with municipal government agencies but it’s really starting to affect a lot of brands across the private industry. Over the last three years, we’ve seen Target, Five Guys Burger and Fries, Winn-Dixie stores and a few others and now, a whole slew of other businesses are being impacted with ADA violations. A lot of that is due to the fact that there are there’s just a lot more public knowledge about why websites aren’t meeting the level of ADA requirements that exists.

We’re familiar with ADA in terms of its physical implementation in the world like wheelchair ramps, elevators, braille on various signage, etc. but now as the digital world has become so prominent and so integral to our life, we’re seeing that transition of what is digital equality and how these rights translate into the digital world.

We’ll find out why is it beginning to impact the private sector and why is Beyoncé under the microscope, and then just give you a little bit more insight into really what we look for from a technology perspective. This can ultimately help you understand on what you can do with your organization to be better prepared and to create the best practices internally that help you to get control of it.

And additionally, what we’re looking for is various things like setting up alt tags. This helps screen readers to actually read the contextual information of an image. We’re looking for color contrast ensuring that there’s enough contrast for visually impaired people that they can actually see the difference.

We want various link components to be highlighted so that there’s very clear direction within the user flow for people to make decisions on your actual webpage. As we’ve seen time and again, it’s not something you’re always aware of. It could be something like dealing with the color contrasts on a website, what colors are safe to use, what colors don’t pass an ADA inspection, etc.

Tools to Help Your Site to be ADA-Compliant

The good news is that there are best-of-breed tools that you can use to do that. There’s Siteimprove which is a platform that you can use to scan websites to look for these violations and flag these issues. It also has a big impact on things like SEO as well because the two are integral.

Structurally, accessible tags and making sure your site is accessible tends to improve your SEO. You can think of a screen reader which is very much like a search engine BOT in terms of they’re actually reading your source code so as long as you optimize for accessibility, you tend to get the gains with SEO as well.

So there’s this whole other benefit that comes with it. With something on the order of 17% of US citizens having some sort of disability. Then ultimately, this notion that we are all going to have to deal with it as we age and you look at baby boomers moving into their 60s and 70s, this is a challenge because they are going to need a lot more assistance. They’re going to have low vision and their hearing’s going to be impacted so they may have more than one of these things that occur at the same time which is why it’s really important as web users that we recognize that they understand how to use the technologies.

We want them to have as great an experience as everyone else. And when we mentioned earlier, it’s not just a legal argument for optimizing for accessibility resulting everything, it’s a digital equality thing. It’s only going to become more prominent and more people will be using these technologies to actually engage with the web. It’s an emphasis on developers to ensure that those experiences exist.

The 3 Takeaways From Beyoncé’s ADA Lawsuit

So let’s focus about Beyoncé’s site a little bit more specificity. Expert developers did a scan on the artist’s website and found three big takeaways at a very high level.

1. The first is that the accessibility itself should not be an afterthought. When they flagged these issues and saw several of them, what it reminded is the fact that there is a need to have ADA baked in as a strategy and as a key step. For websites that are going through remediation, we really need to think about how to future-proof around that.

So what are some things that you can do to get better prepared?

First, you got to make sure that you’re using the proper tools for reporting. There’s Siteimprove which we mentioned earlier and there’s also JAWS which is a screen reader technology. And as developers, you actually want to use these tools from the get-go to ensure that those experiences exist and are properly optimized.

As much as possible, try to tab through everything. Make sure that everything has the proper descriptions, proper ARIA, proper alt tags and ensure that all the contextual information that a visually impaired user would need is there in the actual source code. Generally, it’s a lot of tech stuff which developers are very good on.

2. The second point is that there’s a lot of risk that’s involved with not having an accessible versus the time spent in having to fix it and make it accessible. Developers see this with a lot of their customers because they’re coming to them usually knocking on their door saying they’ve been sued and asking for help.

For those instances and to help them remediate, they are taking a comprehensive standpoint by doing a scan and look at all the big-ticket items. Then, they have to prioritize and figure out what can be resolved quickly, immediately and what they can do over the long term. And once they do a remediation, it’s then a question of educating the clients, ensuring that on ongoing maintenance basis, everyone is doing the best practices. So basically, it’s remediate and then maintain. And in general, there is no quick fix. You have to engage with the people who know what they are doing.

3. Finally, the third point is that while you may not be Beyoncé, you should treat your website visitors like they are VIPs. They are as important as everybody else is. We strive to this idea of digital equality and making sure that everyone has a great experience. The fact of the matter is, this is a sizable portion of the audience so why would you want to ignore their needs or not give them an experience?

We use cookies on our website to give you the most relevant experience by remembering your preferences and repeat visits. By clicking “Accept”, you consent to the use of ALL the cookies.
Cookie settingsACCEPT
Manage consent

This website uses cookies to improve your experience while you navigate through the website. Out of these, the cookies that are categorized as necessary are stored on your browser as they are essential for the working of basic functionalities of the website. We also use third-party cookies that help us analyze and understand how you use this website. These cookies will be stored in your browser only with your consent. You also have the option to opt-out of these cookies. But opting out of some of these cookies may affect your browsing experience.
Necessary Always Enabled

Any cookies that may not be particularly necessary for the website to function and is used specifically to collect user personal data via analytics, ads, other embedded contents are termed as non-necessary cookies. It is mandatory to procure user consent prior to running these cookies on your website.